What does the 2nd Amendment mean to you? I have seen this question posed many times. All the “gun guys” have ready answers to that question, and they are as myriad as the people themselves. Many of those people have been immersed in guns and gun culture since they were young children. But what if you are like me? You probably never gave the 2nd much of thought outside of history class, or the latest media frenzy over another tragic event. Guns were something politicians screamed at each other about in an attempt to appeal to your emotions for a vote. But now something has changed. Maybe you have a firearm enthusiast in your life. Or maybe some tragic or frightening event, like the current coronavirus pandemic, has made protecting yourself and your family something more than just a passing thought. Whatever the reason, you are looking at joining the ranks of firearm owners and you don’t know where to start.

I didn’t either. It’s not an easy world to just walk into. I was introduced to the idea by the man who would become my instructor. I met him as a client where I work. He is a passionate gun guy, and never shies away from a chance to talk about why people should exercise their 2nd Amendment rights. We had a few talks at my desk about the 2nd and how important it is. Initially, I wasn’t interested. I wasn’t against guns you see, it’s just wasn’t really my thing. My former husband was a hunter. We had long guns in the house, but that was his deal. They were properly stored, and he took all the safety precautions, so I wasn’t worried about them. But I still had the attitude “I’ll be over here minding my own business. Do what you want.” During the talks with my instructor, I spoke to him about a particular experience in my life, which is what really got me thinking.

Who I am today.

We are all the sum of our life experiences. They color what we do, how we see the world and the choices we make. Though the majority of the details are personal and don’t need to be discussed on a public forum, I am a survivor of domestic violence. This was going on 30 years ago, so I will excuse you for thinking that everyone involved has moved on. That is not the case. The best way I can describe the game we seem to play is “psychopath hide and seek”. He pops up once in a while, in different social media accounts, and attempts to engage me. Then he ghosts. That’s a nice terror tactic he has going. As a result, I never know when he will pop up again. I always have the thought in the back of my mind that any time could be the time he decides to escalate to showing up in person. He hasn’t tried to contact me recently, for which I’m grateful. But I never know when that time will come. Suddenly protecting myself became my thing. I’m done being a victim, and I’m willing and able to be my own first responder. So I joined the 2nd Amendment community.

We live in an amazing country. The states have gun laws that run the gamut from Constitutional carry to severely curtailed. My home state, New York, is among the severely curtailed. As such, the process towards owning and carrying firearms, especially handguns, is a difficult one. Throw in all the new jargon, all the gun choices, ammo, and let’s not forget accessories… and, well, confusion and overwhelm can happen in a hurry. Some of my experiences will seem odd, even unfair, to those in other states where guns are not the enemy. But the laws in New York are a pain, marching quickly towards draconian. So, to succeed in the state, those in the 2A community work within the law.

And that brings me to my purpose here. The 2nd Amendment community, despite what you may have been led to believe, is filled with law-abiding citizens working within the confines of unconstitutional infringements. The Liberty First Foundation was formed by gun guys, for gun supporters, and to create change. To join the fold involves an investment on many levels. My goal is to provide insight from the perspective of someone who is brand new to the community, talking about the process from the beginning. If you are new, don’t know where to start, and find the gun guys a bit intimidating in their enthusiasm, I hope my little corner here is a safe space where we can learn together. Or maybe you have been a lifelong member of the community and someone new to join has you a bit frustrated. Check out my perspective and see if it helps you take a step back to understand what they are going through. We can always benefit from a new perspective. 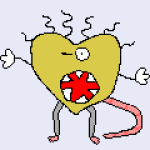 9 months ago Michael Marshall
%d bloggers like this:
We use cookies to ensure that we give you the best experience on our website. If you continue to use this site we will assume that you are happy with it.Ok