If you are like me, you will, from time to time, attempt to engage in a discourse on the subject of Human Rights, specifically the most basic of those rights, the right of self-defense. The participants on the other side of the argument, i.e. those arguing in favor of banning a particular weapon, accessory, or magazine, generally go down a pretty well-worn list of talking points that they love to break out when a defender of the Second Amendment is part of the conversation.
“The founding fathers did not foresee that we would have automatic weapons” is a favorite argument of theirs. Ironically, the anti-gunners will present this argument via e-mail, Twitter, Facebook, or some other later day communications method that the founding fathers were equally unlikely to have found readily predictable. Yet they obviously do not feel that this new technology somehow falls outside the protection of the First Amendment.
“The gun nuts always want to leave out the part about the militia when they push for their gun ownership rights” is another common argument presented by the Left. This only serves to highlight just how poorly educated these anti-2A proponents are, because it totally ignores the 2008 SCOTUS Heller ruling that held that anyone “physically capable of acting in concert for the common defense” is to be considered part of the militia for the purposes of the right to keep and bear arms.
You have also no doubt heard the Left proclaim “No one needs a gun that does (blank)”, with the blank being filled in by a wide variety of generally inaccurate details, such as a certain rate of fire, magazine size, or status as a “military-style” weapon. The Founding Fathers did not implement the Bill of Rights after a protracted war with the local wildlife. The Second Amendment was implemented as a hedge against tyranny, and to properly guard against said tyranny, the people need to be as well-armed as their potential oppressors, as was the case during the Revolutionary War.
Perhaps the most pervasive anti-gun argument of all, though, is the tired old platitude “Guns kill people”. I recently had the privilege of speaking at a camping event sponsored by Florida Carry, a grassroots organization dedicated to the preservation of the rights listed in the Second Amendment. Florida law, specifically Statute 790, allows for a person to openly carry a firearm when engaged in hunting, fishing, camping, shooting at the range, or when on the way to or from any of these activities. At the Florida Carry three-day event, there were approximately seventy-five people in attendance, at least sixty of which were adults. Every adult in attendance was armed, with many campers displaying two or even three firearms at a time. Several of said firearms were even of the EBR (Evil Black Rifle) variety. If, as we are constantly being told, “guns kill people”, then surely there must have been at least one or even multiple fatalities that weekend, right? But there weren’t. None of the guns went out unsupervised to wreak murder and mayhem on the countryside. How could this be? Well, the answer is obvious, isn’t it? Guns DO NOT kill people. People kill people, and yes, sometimes they use guns to do it, but they also use knives, hammers, and their bare hands. FBI statistics indicate, for example, that there were 374 homicides via rifle in 2016, compared to 1,604 via knife or other cutting implements. A responsibly owned and handled firearm is no more dangerous than a shovel or a chainsaw.
About 20% of Americans are strong Second Amendment advocates, and about 20% are die hard gun grabbers. It is the 80% in the middle that is being courted by both sides of the argument, so arm yourselves with the facts when you set out to make your points in these 2A discussions. You never know when someone undecided might actually be listening and jump down off the fence over to our side. 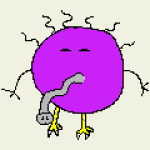