With the introduction of so many modern sub compact pistols, chambered in popular cartridges (such as 380 Auto and 9mm Luger), is there still a place for J frame snub nose revolvers in the ever popular 38 Special and 357 Magnum? Let’s look at the handguns themselves, along with the cartridges.

The 38 Special was considered “high performance” and “high velocity” when designed (by Smith and Wesson). The 38 Special cartridge held 21 grains of black “gun” powder, which came in at 3 grains higher than the dated 38 Long Colt. This produced a 100-150 feet-per-second advantage, using a 158 grain Lead projectile.

With the introduction of modern smokeless powders, more specifically, the nitrocellulose based “smokeless powders” we see today, much less powder is necessary to build pressures and propel the projectile to greater velocities than that of black “gun” powder. This means, a 158 grain projectile, can be loaded to 38 Special +P specifications and launched at 985 feet-per-second, using 74.28% less powder (Hodgdon CFE pistol powder, 5.4 grains, +P load specifications).
This equates to a lot of unused case capacity.

The 380 Auto, designed in 1908 by John Moses Browning, as a light weight and moderately powerful cartridge, for use in small, blowback handguns. Replacing the 38 ACP, the 380 provided substantially better performance over the 32 Auto and 25 Auto. Used by numerous Police forces and Militaries around the world (more specifically in Europe), it has long been replaced by its larger cousin, the 9mm Luger. The 380 Auto remains popular worldwide as a compact, defensive cartridge. With .355 diameter projectiles, from 80-105 grain. The 380 Auto can achieve velocities of 800-1,050 feet-per-second, with commonly produced (commercial) loads.

Viewing the lower ballistic curve and physical performance of both the 38 Special and 380 Auto, many companies try to remedy the lack if terminal performance on both cartridges. The “remedy” to this will vary, depending on the ideology of that company but all ends at the same result, which is consistent expansion and higher velocity.

To achieve this, many companies will reduce the projectile weight, thus driving velocity higher and helping ensure consistent expansion. Others will use the same projectile, and propel it to substantially higher velocities (and pressures) than typical factory loads (see Underwood and Buffalo Bore for example).

Both of these solutions come at a price, however. The light-for-caliber projectiles will typically feature a softer lead core, very thin jacket and a non bonded projectile. This, coupled with the higher velocity will result in impressive and consistent expansion, but results in shallow penetration, which can result in inconsistent penetration and disruption of vital organs.

The issue with the alternative is; standard weight projectiles are used, but pressures are pushed to (and exceed) SAAMI specifications on some loads, this leads to increased performance, increased velocities and higher likelihood of uniform and consistent expansion. With this increased performance comes increased felt recoil, increased muzzle flash, increased blast and a noticeable decrease in recoil mitigation. With the poor performance of handguns (more specifically sub compacts), better recoil mitigation and decreased recoil is considered a top priority, as this goes hand in hand with faster and more accurate shot placement.

Using quality representations and examples of both firearms on the range, a lot of valuable information was gained in terms of how both classifications of firearms (sub compact Semi Automatic and Airweight snub nose revolver) performed. This also gave a unique view into the limitations, abilities, strengths, weaknesses, advantages and disadvantages of each firearms class.

Three types of ammunition were evaluated with the Airweight J Frame 38. The Remington golden Sabre 125 grain +P 38 Special, the 158 grain Remington Lead Semi-Wadcutter Hollow Point +P (also known as the “FBI load”) and the 148 grain Mid Range Lead Wadcutter. Each of these offer a unique aspect in terms of self defense, especially through the lightweight J frame.

With the light weight of the Centennial J frame, recoil was abrupt, stout and became painful after several cylinders while using the +P defensive 38 Special. Shown in exhibit 2A; quick, accurate and effective follow-up shots are achievable at 7 yards (point shooting) but recoil mitigation is effected drastically while using the Remington Golden Sabre +P 38 Special. Blast and muzzle flash are both severe from this firearm, and considering the ballistic performance given, it is not worth the side effects.

The second cartridge also featured harsh felt recoil, diminished recoil mitigation, harsh blast but lower (yet noticeable) muzzle flash. That was the Remington HTP 158 grain Lead Semi-Wadcutter Hollow Point +P. Shown in exhibit 2B, is a group fired from retention, at 7 yards, point shooting. This was to mimic more of a defensive situation. Quality hits were scored, but severe felt recoil did result in slower hits.

The third was a cartridge I’ve tried in the past, through a Smith and Wesson Model 60. It is the 148 grain Mid-Range lead Wadcutter. I did fire a couple of cylinder loads through the 642 as well, with great results. The 148 grain Wadcutter is essentially a heavy, soft lead cylinder with sharp shoulders. These shoulders are used to cut clean holes in paper, but will also disrupt tissue substantially better than a FMJ or failed JHP.

The primary advantages of this cartridge are; low recoil impulse, high degree of accuracy, excellent recoil mitigation, fast follow-up shots, along with a low blast and flash signature. This equates to a very controllable and mild shooting self defense load. This cartridge continued to produce velocities that met or exceeded the advertised (by Winchester) 710 feet-per-second, with a 712 feet-per-second Chronographed average at 10 feet.
(Gel shots were completed earlier this year, with a result of 15.5-16.25 inches)

With the Smith and Wesson Bodyguard 380 Auto, two types of ammunition were used in the evaluation. The Fiocchi Extrema 90 grain XTP and Winchester 90 grain Flat Point FMJ. Both are considered optimal choices for personal protection (in the 380 Auto), as they provide the deepest and most consistent penetration.

Both performed well and provided adequate performance from the 2.75 inch barrel. Much like the J frame, this will briefly cover the terminal performance of the cartridges and their mannerisms in terms of physical use.

With the short, 2.75 inch barrel. The velocities fell well under those advertised. Both the Winchester Flat Point and Fiocchi XTP came in at 18-20% under advertised velocities.

The Winchester was by far the mildest recoiling cartridge, giving very fast follow-up shots, and good accuracy (“point and shoot” and engaging from retention) as can be seen in exhibit 1A.

Muzzle flash was minimal, as was muzzle blast. This is to be expected, as this cartridge is typically considered a “practice” cartridge. Many people choose and suggest FMJ (as do professionals), due to the shallow penetration and/or projectile failures with many Defensive Hollow Points on the market.

There was a retest of the 90 grain from Winchester, this was using an organic (10% calibrated) gel, with 4 layers of denim. The first projectile penetrated to 19.25 inches and tumbled at the 15 inch mark. The projectile came to rest, base forward. It created a respectable wound path, partly due to the flat nose.

The second projectile made a complete pass through, and exited the block sideways. There were signs of the projectile destabilizing and tumbling at the 22 inch mark. This projectile was not recovered.

Fiocchi’s offering of the XTP is a solid performer. There was little deviation of felt recoil from FMJ, to this higher performing Hollow Point. Blast was minimal, as was muzzle flash. Follow-up shots were quick, precise and easily obtainable, along with stellar accuracy (see exhibit 1B).

Both handgun and cartridge show their merits well. After viewing the results, there is no denying the slight ballistics advantage of the 38 Special, but even with that slight advantage; both cartridges suffer greatly from the same velocity pitfall. With the suffering velocities of both cartridges, if either (or both) fail to expand, a person is left with a .35 caliber wound from either cartridge (38 Special and 380 Auto) with a higher probability of collateral damage from the 38 Special.

Many will view the projectile weight advantage of the 38, especially with the adition of bone or varying muscle tissue. This advantage comes with dimished performance in other vital areas associated with handgun self defense.

With the decrease in capacity, higher felt recoil, slower follow-up shots and sheer mass of any reloading device (Safariland Speed loaders for example). The J frame Airweight’s disadvantages outweigh any ballistic advantage that the 38 Special can offer over the 380 Auto.

While there’s no denying the track record of Centennial style, Airweight J frames. The semi auto Smith and Wesson Bodyguard 380 Auto. is the superior choice for self defense. Its capacity advantage, lower felt recoil and faster follow-up shots close any performance gap that the 38 Special may have gained. Not to mention the thinner profile of the handgun and magazines (versus speed loaders), lighter weight and “second strike” capabilities the handgun offers.

For more great articles like this one, make sure to Bookmark our page.
If you want to support us bringing you great content, please Donate.
For our video Content, please Subscribe to our YouTube Channels.
Liberty First TV
The Range Report
Ballistic University
Raquel Okyay Reloaded
The Good Patriot
The FireArm Guy Review, CZ  P-10S 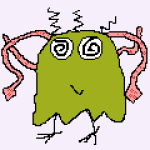