Progressives like to use a lot of myths about firearms in order to further their agenda. They ascribe some firearms with legendary status (Example; AR-15, AK-47). But how true are some of the rumors they spread? It turns out, as you may have guess, most of them are false.

How much do suppressors aid in lowering a firearms sound profile? Let’s look at that, shall we? To bust this myth, we are going to look at two popular (if not the most popular) handgun cartridges used today. The old but gold .45 ACP, designed by John Browning in 1905. And the cartridge the FBI relied on for years, the 9mm, designed in 1902 by Georg Luger. Let’s look at the cartridge’s statistics.

As you can see, the .45 has an average decibel rating of about 157db. OSHA limits exposure during an 8-hour shift to 85db. As you can see, the .45 is well above the limit for sounds we can hear. However, how much will a suppressor reduce the sound signature? Will we get the soft “thut” games like Call of Duty tell us we will? Well, the quick answer is no. A suppressor will only lower the decibel level to about 133db. Which is still well above damage range to the human ear. How does a 9mm compare?

The average decibel level for a 9mm is 160db. That is only 3 decibels louder than .45 ACP. That can’t be much louder right? Actually, it’s about 3 times louder. But how will that translate to the sound produced when suppressed? Well, that’s where you will be surprised. A suppressed 9mm is around 125db. That does not take into account the sonic boom of a supersonic round. Just the sound created by the round going off. So, is a 9mm quieter than a .45 ACP? It would appear so, but many variables can affect the sound output.

So here is the real question. Will a suppressor aid in a mass shooting? It might make the shooter more memorable but it certainly would not aid in keeping him/her quieter. The shots would still be very loud. On to the next myth.

Next time you see a CNN broadcast about mass shooting, listen closely. Somewhere in the broadcast, you will hear someone mention the AR-15 and it’s highly effective cartridge that kills everything in sight. But how true is that? How does a 5.56 compare to what is considered an average hunting round, since Progressives claim they don’t care if you have a hunting rifle. The round we are going to use is the beloved 30-06 Springfield. How about some stats on these two rounds?

Seems like a lot right? It makes both our 9mm and .45 ACP look ridiculous in terms of energy, velocity, and pressure. But how does that translate into effectiveness on target? Well, the 5.56 puts a small hole in the front of the target and a little bit bigger hole in the back. Can it kill you? Certainly. But how does it compare to a 30-06?

Well, in terms of pressure, the 5.56 is loaded to about 7,662 more psi than the 30-06. The 5.56 also takes the cake in terms of velocity. Bullet velocity can vary from cartridge to cartridge with various things affecting velocity such as altitude, barometric pressure, temperature, and barrel length. Average change between rounds is somewhere in the range of 30ft/s. The 5.56 is going about 560ft/s faster. Which is a lot faster. However, the 30-06 blows passed the 5.56 in terms of energy. The 30-06 has about 1,619 ft-lbf more than the 5.56. Which means the 30-06 has more energy delivered on target. The 30-06 leaves a nice size hole in the front and an even more impressive hole out the back.

So what’s the take away? The 5.56 is certainly a deadly round, but it doesn’t compare to standard hunting rounds in terms of energy.

All that is well and good but what is the bottom line? Does it increase the rate of fire? Does it make the weapon more deadly? Well, that is a difficult question to answer. In the hands of a normal person, no. The bump stock makes it too difficult to control. And it does not convert the weapon to fully-automatic (contrary to what CNN might tell you). There is also the problem that you will run out of ammunition faster, with no guaranteed chance of more rounds on target.

*Numbers for the .45ACP were arrived at using a 230gr FMJ from Winchester 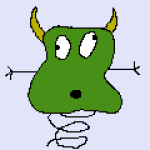