This past Saturday I had the opportunity to participate in an Urban Rifle training course offered by Sheriff Scott Nichols Sr. and the Franklin County Sheriff’s Department up here in Maine. I’ve known Scott for a little while, with him being the Sheriff of the County I live in, and had previously interviewed him for Liberty First Foundation. (See link below)

A month or so back he had let me know that he was putting together a course to offer training with semi-automatic rifles, using mostly either AR 15 or AK platforms to women in the community.  This would be the first course of its kind that his Department would run,  and he asked me if I wanted to participate. I eagerly agreed. Nothing like this, to my knowledge had been offered in our area before. Several of my friends expressed interest and one was able to attend the course with me. Many more asked to be notified when another course was offered, as their schedules wouldn’t allow them to attend that particular day. This class, free of charge, for women only, was designed to teach safety, gun handling, operation, and marksmanship. We would target shoot at 25, 50 and 100 yards, sitting, standing, kneeling and prone, as well as shooting on the move and from behind cover.

Mainers know that Sheriff Nichols has consistently demonstrated his dedication to supporting and protecting the Second Amendment for years. We have heard him speak out about his pro-Second Amendment views publicly, and have seen him work to protect against the erosion of our right to bear arms. One of the things that impresses me most about Sheriff Nichols is that he not only advocates to preserve the Second Amendment as it was written, but he puts his beliefs and words into action by being actively involved in firearms training in the community on an ongoing basis. Sheriff Nichols believes that educated and trained gun owners are safer, more empowered, and more aware of their rights.  By offering courses to the community, he demonstrates in a real way how much he cares about the people he serves, and about their Constitutional rights.

Sheriff Nichols and his Deputies not only taught the Urban Rifle course I took on Saturday, but have also for some time offered monthly classes during the fall and winter months for community members to qualify for a Maine concealed carry permit. They volunteer their time and efforts to provide excellent instruction and training in a truly selfless manner. On a hot, sunny Saturday in August, when they could have easily been at the lake with their families, they instead were there working one on one with us from morning through mid afternoon in the hot sun. I can’t thank them enough. The experience that I, and the other trainees had was both extremely informative, well coordinated, and incredibly fun as well.

One of the things that impressed me the most about the course was that it was set up to accommodate both experienced shooters and absolute novices. There were one or two women in the course who had either never fired a gun before, or had very limited experience. As we all know, to those who are unfamiliar with firearms, especially semi automatic rifles, they can be a little intimidating at first. Partly because of their inaccurate portrayal in the media, and partly because of a natural caution around the unfamiliar. Additionally, some women might be hesitant to enroll in firearms training classes where they may be training next to more experienced male participants. Knowing this, Sheriff Nichols offered this initial course as female only,  an opportunity for outreach to people who might not have had the chance for this type of training before. While no formal plans have yet been made for future Urban Rifle courses, Sheriff Nichols hopes to continue to offer training for both men and women in the future.

It was really great to see some of the women in the class who at the beginning  had been hesitant to even pick up a gun, progress to gain experience and confidence. After instruction, practice, drills, and target shooting, they became confident and skilled shooters, ringing steel targets at a hundred yards, and eager to train more. Our group of students made plans to meet again for future practice together.  What stood out for me most from the class, however,  was hearing one of the participants say that prior to the course she had never had any experience with guns, and that even though her husband owned guns, she had never felt comfortable enough to handle or use them. Now, after taking the course, she said she felt so much better knowing that she could defend herself and her family if her husband was away from home. Things like that mean a lot. Things like that mean a whole damn lot. 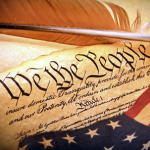 Strength of the Pride

Carl is a Veteran

1 thought on “Things Like That Mean a Whole Damn Lot”