In the past few years, there have been a lot of mass shootings in the United States.  Every one of them has ignited afresh the debate on whether or not to further restrict the sale and use of firearms of various types in this country.  Also, every one of them fails to take into account one vital thing:  those intent on doing evil and hurting others – bad guys – as well as those who are/have been adjudicated either medically or legally incompetent to safely own firearms, usually either 1) had their weapons prior to being a bad guy/adjudicated as being incompetent, or 2) acquired them illegally.

In any social construct, there is an unwritten rule, which is codified in law, that says no citizen may infringe physically on another citizen’s rights (this covers everything from assault all the way up to murder).  In the vast majority of cases, this unwritten rule is all that’s necessary as most of us can’t fathom simply walking up to another and assaulting or killing them for what would seem to be no good reason.  However, there is a subset of the population for which this rule needs to be codified in law, and the subset about which I speak is the bad guys:  those people (male or female, but for the most part male) who feel no compunction against harming others.  Many of them seem to enjoy it, as interviews with behavioral scientists later confirmed.

Now, the social construct I spoke about means that the vast majority of the population could be carrying anything from a vegetable peeler all the way up to a fully automatic machine gun, and have many of these weapons in plain view as you walk down the street, yet no violence, no bloodshed, no murder would occur.  We must ask ourselves why?  The answer is that all of us live by the social construct, and unless our safety and/or lives are threatened, would never dream of harming anyone else, regardless if we were carrying a machine gun around all the time.  It’s these people, the average, everyday, law-abiding citizens, that any restriction would harm the most.  It amounts to the State saying “you are not trusted to handle your freedoms responsibly, therefore with no evidence to speak of, we will restrict your right to possess and carry a firearm.”  These restrictions can take the form of magazine capacity, sound suppressors (really for hearing protection), entire classes of sporting arms (AR-15 and variants), and on and on.

However, for the subset of the population who feel no compunction against harming others, what good do these restrictions do?  Maybe they don’t have a criminal record yet, or maybe they haven’t “snapped” and been adjudicated medically as unable to competently possess and carry a firearm.  What then?  The solution then, is partly this:  allow citizens to exercise their right to keep and bear arms.  Why?  Because if a bad guy wants to harm/kill you, why should you not be able to defend yourself with the same level of force the bad guy wants to use, if that means a firearm?  Further, what good will a law do to prevent the bad guy from harming you?

There are those who say that restrictions are the only way to keep firearms and other dangerous weapons out of the hands of bad guys.  But let’s remember that a restriction is a law:  if the bad guy is willing to break the law to harm you or others, is it really going to stop him/her from acquiring a weapon?  Fully automatic firearms have been at least prohibitively expensive, if not outright illegal, for many years.  Yet go to any major city with a gang problem and law enforcement is usually outgunned by gangs with automatic weapons.  The bottom line is this:  if bad guys are intent on doing you harm, they simply won’t be stopped by laws, in whatever form.  No one would deny that we have a massive drug problem in the United States, yet cocaine, meth, heroin, MDMA, etc., are all illegal.  Yet all of these drugs are still readily available because there’s a market for them.  As long as bad guys exist, there will be a market for black market weapons.

The only real solution is to limit the restrictions on the good guys to as few as possible (e.g. state and federal background checks, mental health records, etc.).  I would even go so far as to say that for concealed and carry licenses, basic marksmanship, basic weapons safety, and basic legal theory should be taught.  The reason I say that is because these days, the vast majority of people get their education on these three things from the internet and Hollywood, and that is no place to get an education. 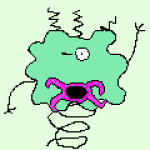